Infrastructure architecture satisfies a number of non-functional requirements (NFRs) of the solution. These usually are security, scalability and maintainability related requirements. 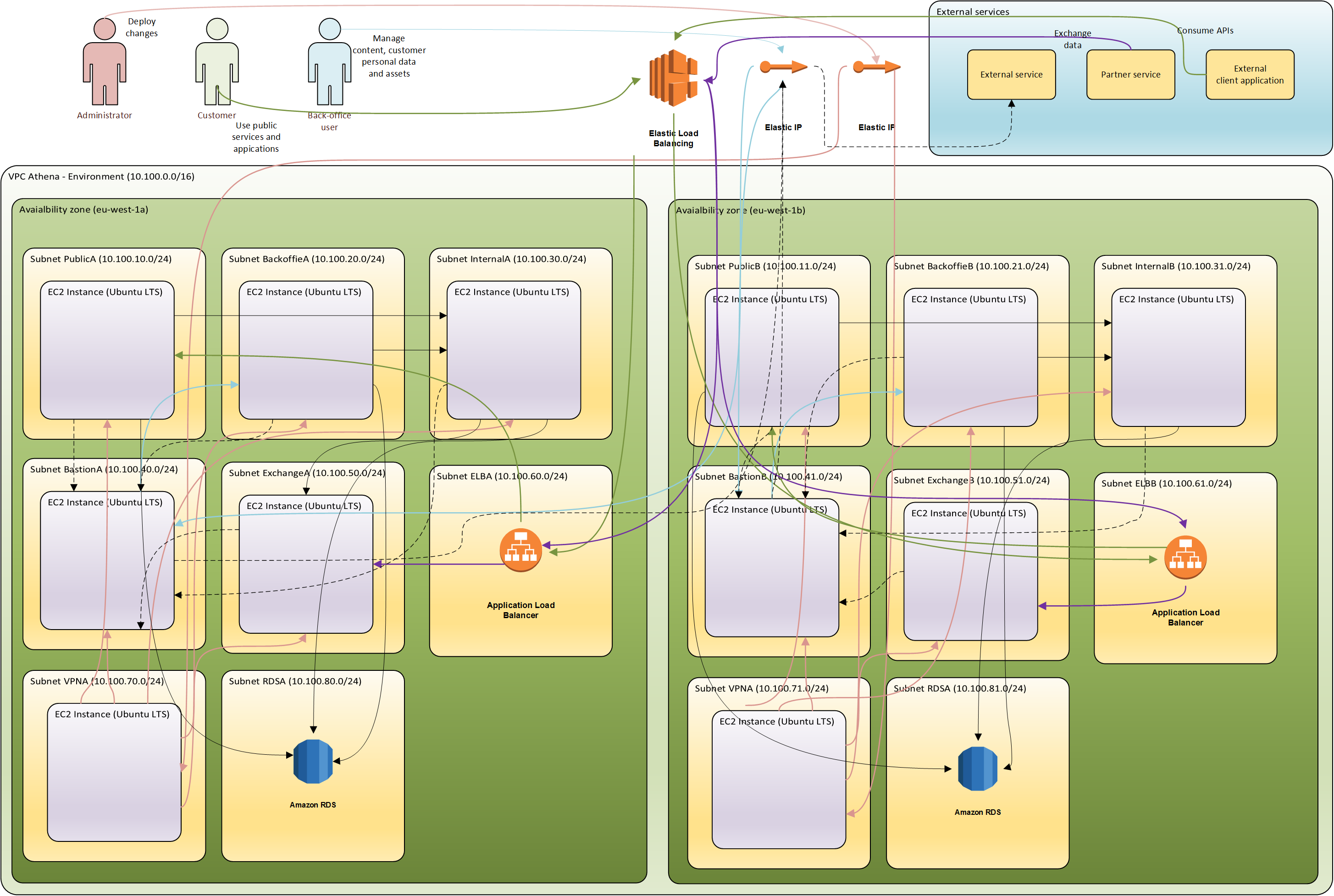 Deployed services are split into deployment zones based on their scalability, availability and security requirements as well as to provide basic internal communication architecture to prevent certain attack vectors if one zone would get compromised. If for example Public zone servers become not accessible due to high system load it should not affect availability of services deployed in Backoffice zone (for example content authoring services).

Deployment groups are used to group services into logical groups to allow vertical scaling of the deployment zone. For example if there are 3 servers deployed in Backoffice zone, environment owner can mark servers to specify which types (groups) of services must be deployed on which server.

While Athena deployed services are run as Docker images it is also necessary to bootstrap and maintain “Host operating system” that runs these images as well as facilitate system aspects such as routing, log forwarding and intrusion detection.

Assuming that environment owner does not own RedHat subscription: